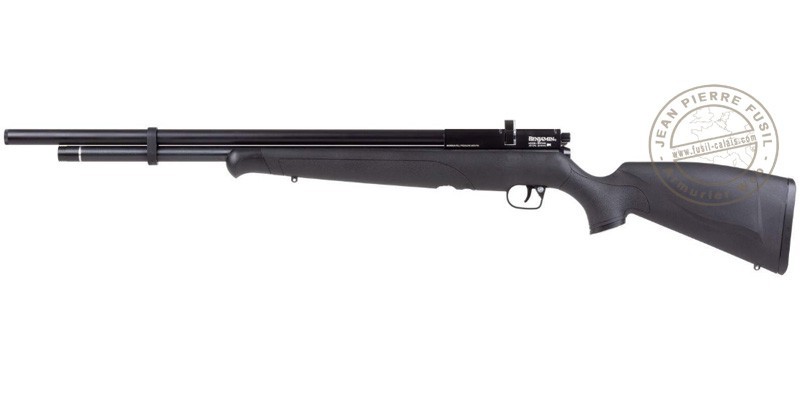 Already popular in the world of high-power PCP rifles, the Crosman brand offers with the Fortitude, a rifle with all the best features, but in a "flanged" version at 19.9 Joules, in order to make it accessible to all adults !

Characteristics of the PCP rifle

5.5 mm (.22) calibre shotgun, PCP (pre-charged pneumatic), operating by means of an internal "reservoir" of pre-compressed air, located under the barrel.

The handle is made of synthetic material that is resistant to wear, moisture and dirt (low maintenance). It has 2 pomegranates to which a carrying strap can be attached.
Below the stock is the pressure gauge, which indicates the pressure of the rifle.

The barrel is made of rifled steel and the mechanical parts are made of metal alloy.

It functions in "bolt action" (bolt mechanism): the arming is done thanks to a breech lever which will make it possible to push the lead in the barrel.

The magazine is removable and has a capacity of 10 shots.

It has a manual safety, by means of a transverse button, allowing the trigger to be blocked, thus preventing an unwanted start.

The Fortitude rifle is not equipped with natural sights, but has a sighting rail (11 mm), on which to position a scope, a red dot sight...

No customer reviews for the moment.