Menu
> Frequently Asked Questions>Visée> Why use a red dot viewfinder ?

Why use a red dot?

The red dot projects a light spot (also called a reticle) in front of the shooter's eye. It allows the shooter to aim and fire faster while remaining focused on the target. The best known reticle is a small dot illuminated by a red LED, hence the name red dot. Typically, the LED is powered by a battery. Most often, the red dot sight is used for shooting sports, paintball, hunting and by the military.

Advantages of the red dot viewfinder

• The red dot viewfinder does not magnify the target. The shooter can therefore keep both eyes open and thus maintain a panoramic view of the environment.

• As you get older, your eyesight changes. It becomes difficult to have clear vision at more than 30/40 cm. The alignment of the seat and handlebars becomes more complicated. The viewfinder is a solution to correct this small problem.

• With the viewfinder, there's no parallax. This means that the point remains parallel to the axis of the gun barrel regardless of the position of the eye in relation to the sight. It is therefore useless to center the red point inside the sight. When it is on the target, so is the shooter. With the red dot sight, the shooter no longer has problems with a moving target or poor lighting.

At Jean Pierre Fusil, we offer a dozen models. 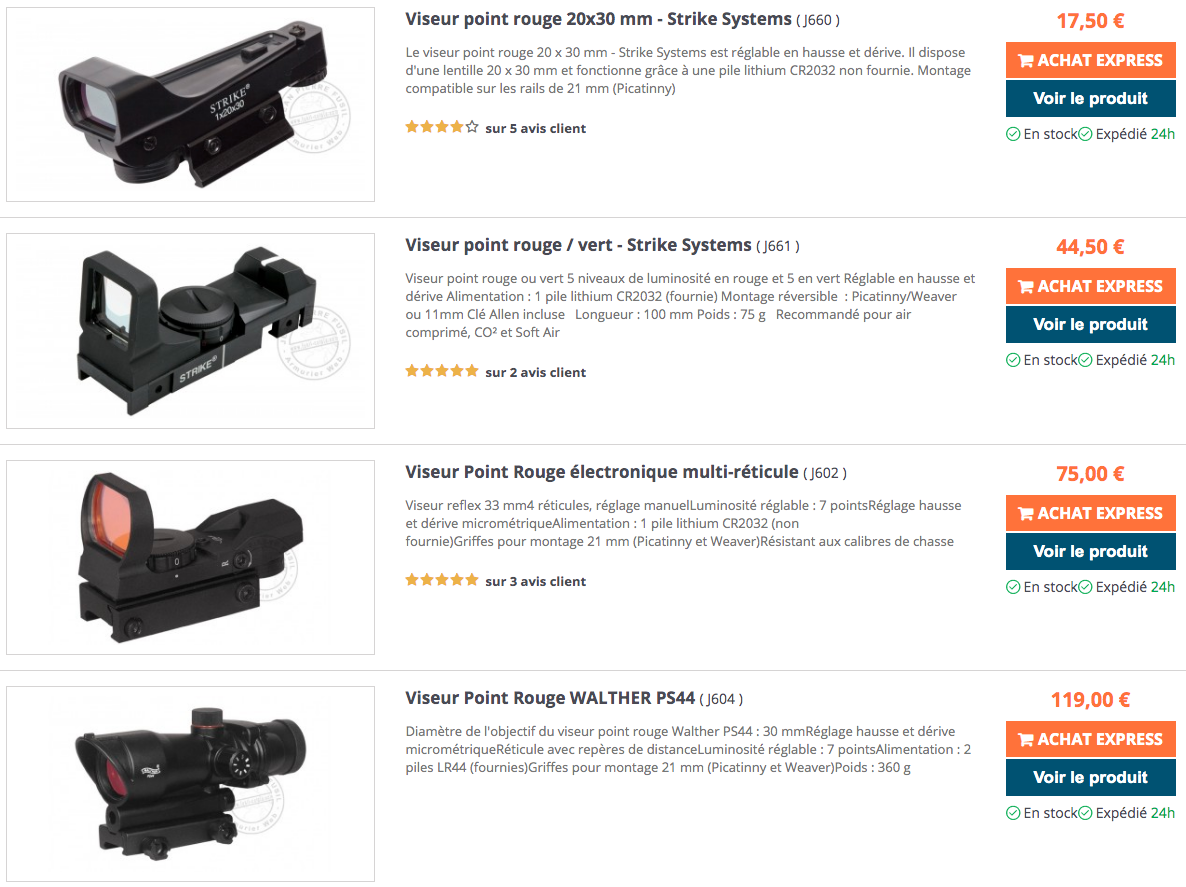